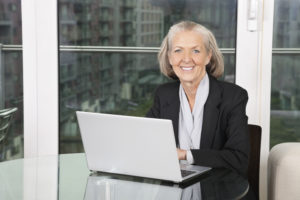 Do you have an IT person that is planning to retire?  Many companies who have IT employees reaching retirement age, opt to do so gradually.  In such cases it takes the form of reduced workload or gradual handoff of responsibilities.  Sara found herself in a similar situation with her long-term IT person, Mike.

Mikes Decision to Retire Next Year

Sara has been the efficiency expert for a fast-growing financial company for nearly 30 years.    She has watched them grow from a small local firm to one of the largest financial advisors in the Southeast.  Sara truly cares for the leadership team like they are a second family.

Recently, Mike, the IT guy, announced his plans to retire in a year.  Mike has been with the company for close to 20 years.  Unfortunately, he is also experiencing new health problems and needs extra time for doctors’ appointments.  Within a few days after giving notice, Mike was admitted to the hospital.  Sara needs additional help, but wants to be extremely sensitive to Mike at this stage in his life.

Catastrophe While Mike Was on Sick Leave

While Mike was out on medical leave, the electricity went out at the main office.  This caused the servers to go down.  As a result, the office came to a standstill.  Unfortunately, they had a huge proposal due the next morning.  Even more unfortunate, they have a very complex network with 40 servers and 300 users spread out over 34 locations.  All seemed lost and several questions came to Sara’s mind:

The INSI team realized there was a sense of urgency and needed to act quickly.  They also realized that this was a very sensitive situation and they needed to be highly respectful of Mike’s work.  Therefore, they fixed the immediate issue on an ad hoc basis.  This allowed them to bring the servers up and make everyone operational.

Next, they met with both Mike and Sara to discuss their concerns and come up with a plan of action.  Mike stated he preferred to support the end users as part of the phasing out plan.  Based on that, INSI did an initial network assessment and discovered they had 40 aging servers spread out among 34 locations.  They proposed a cloud solution to simplify the infrastructure and help them save money.

Additionally, they developed a retirement phasing plan to:

The total solution kept the cost reasonable as Mike phased out and INSI phased in. Further, this phased retirement transition was respectful to Mike and the client’s staff.  In fact, the teamwork atmosphere made it easier to transition Mikes knowledge.